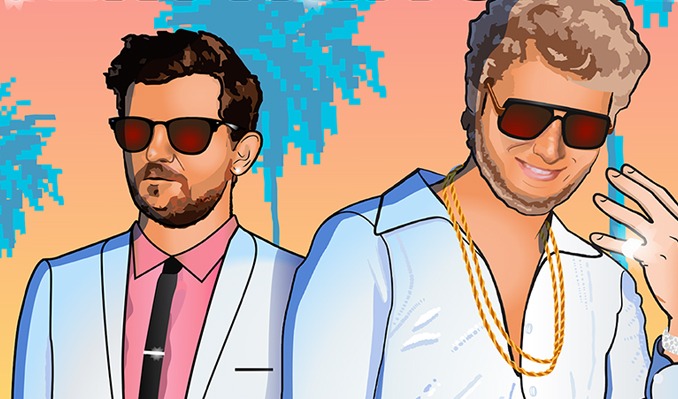 We've put together an amazing lineup of upcoming shows and can’t wait to have you join us soon! In order to keep our events live and keep guests, staff and artists as safe as possible, RADIUS will be requiring attendees to be fully vaccinated against COVID-19 or have a negative COVID-19 test no more than 72 hours prior to attending, effective immediately.

He remains a festival favorite, igniting the stages of Coachella, Electric Daisy Carnival, Ultra, TomorrowWorld, Electric Zoo, and more. 2017 saw him reprise his residency at the Wynn Las Vegas for the second consecutive year. He consistently engages a social media following of 1.6 million on Instagram, 1.5 million on Facebook, and 921K on Twitter with a string of hilarious content as well as his YouTube series DJ World. His alter ego DJ Hanzel would not only open gigs, but also serves as the host for the comedic series One Deeper Talks. The real Francis’ music has piped through Furious 7, Entourage, Neighbors, Zoolander 2, and more. Now, he shakes things up once again with his 2017 single “Say Less” [feat. G-Eazy]—the first release under his own IDGAFOS independent label.

YouTubeTwitterMore InfoOfficial WebsiteFacebook
*Service and handling fees are added to the price of each ticket.
Buy Tickets